We are thrilled to announce a special, two-night event coming up. On November 3rd & 4th, Voodoo Highway & Company will be presenting a tribute to the Grateful Dead’s 1977 Broome County Arena show on the weekend of its 40th anniversary. We are especially excited to announce that bassist Rob Wenig, formerly of JGB (Jerry Garcia Band), will be flying in from California for the weekend to play the shows with us. We will be playing the set list from the Broome County ’77 show in its entirety on Friday at 6 in the Binghamton University Downtown Center (directly across from the Arena), with an encore performance Saturday night at 9pm at the Cyber Cafe (176 Main St., Binghamton). The Friday night show is sponsored by the Division of Student Affairs at Binghamton University. Help us spread the word, and we’ll hope to see you there! 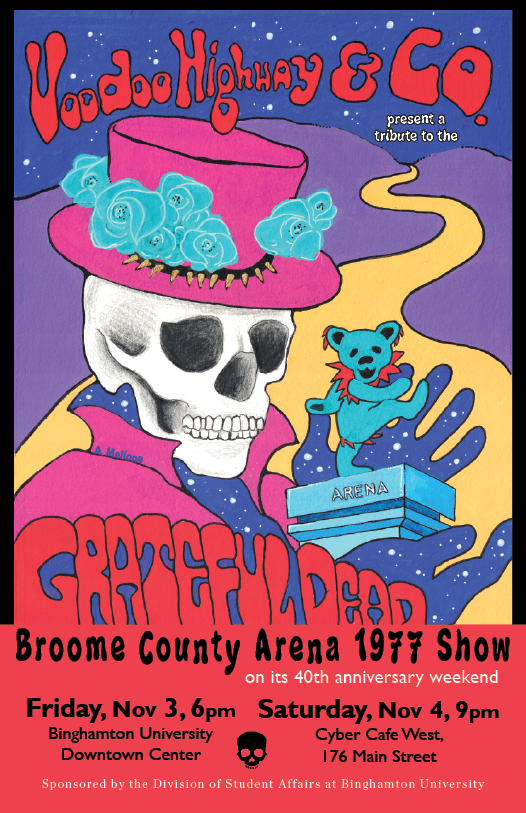